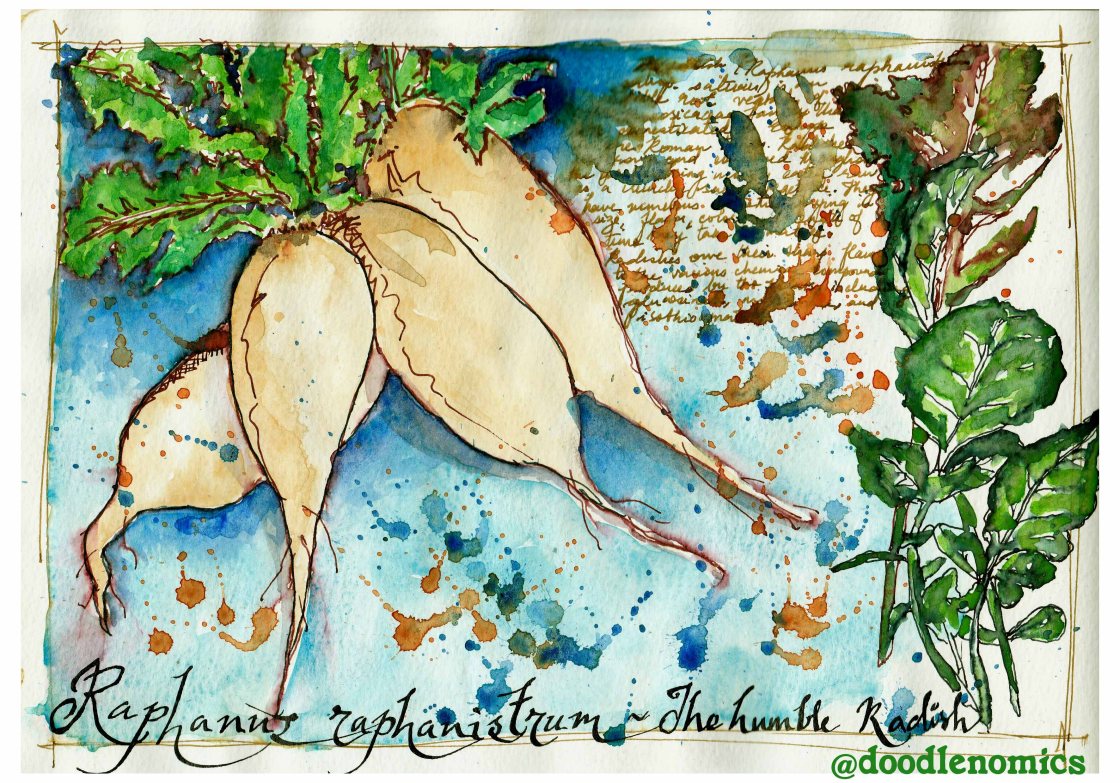 Rapunzel! Rapunzel! Let down your hair!

You surely must have read the story of Rapunzel; a German fairy tale assembled by the Brothers Grimm, first published in 1812,  in which a man and his wife desire a child and while the woman is pregnant, she longs for a rapunzel plant (some versions also mention rampion) that grows beyond a wall, in the garden of Dame Gothel; a witch. In some versions, rampion is replaced by ‘cabbage’ or even just the word ‘salad’. So the events that lead to the story of Rapunzel actually happen because of some sort of a leafy vegetable!

Reading the story of Rapunzel, I thought of sketching a very similar subject- radish; the scientific name of which is Raphanus raphanistrum. Like most vegetables, there’s a wide classification of radishes but here’s something interesting from Wikipedia:

Korean radish, also called mu(무), is a variety of white radish with firm crunchy texture. Although mu is also a generic term for radishes in Korean (as daikon is a generic term for radishes in Japanese), the word is usually used in its narrow sense, referring to Joseon radish (조선무, Joseonmu). In Korean cuisine context, the word Joseon is often used in contrast to Wae, to distinguish Korean varieties from Japanese ones. The longer, thinner, and waterier Japanese daikon cultivated mainly for danmuji is referred to as Wae radish(왜무, Waemu) in Korea. Korean radishes are generally shorter, stouter, and sturdier than daikon, and have pale green shade halfway down from the top. They also have stronger flavour, denser flesh and softer leaves. The greens of Korean radishes are called mucheong(무청) and used as vegetable in various dishes.

I’m inspired to do a post on Korean and Japanese varieties of radish. I’ll keep that in mind. Here’s my sketch for today: 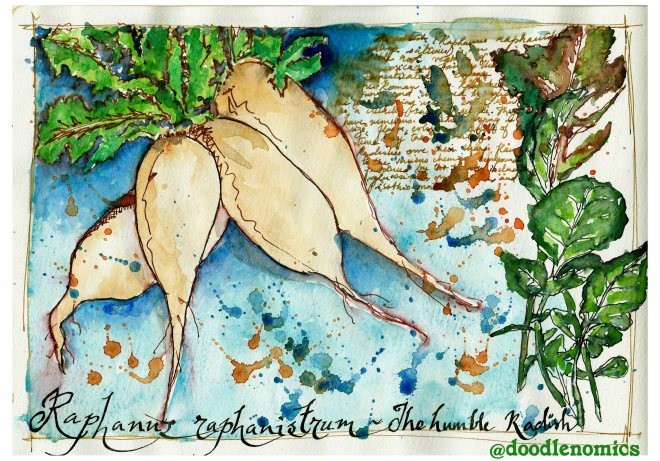