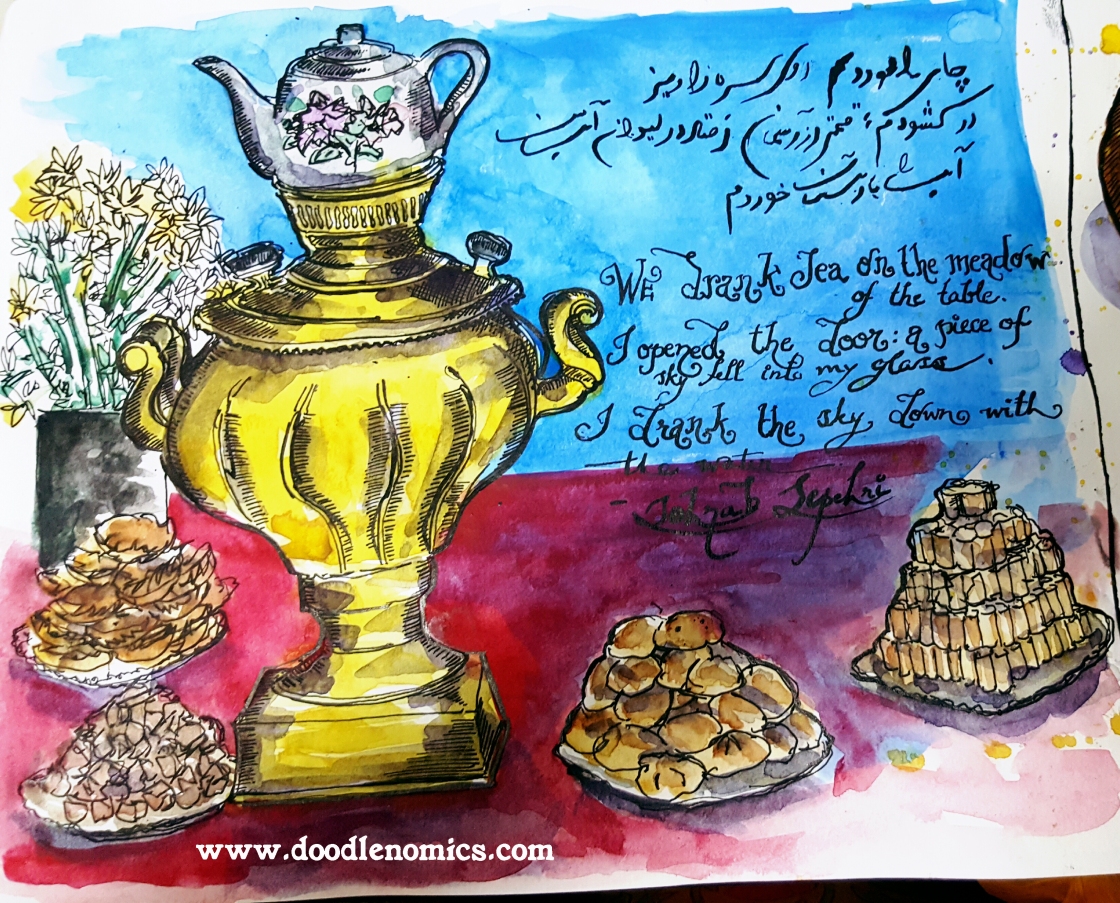 Tea was discovered about 5000 years ago in China. In the early 17th century, tea was introduced to England and its Chinese name, tay, changed to the English name tea. In England, tea was brewed in china teapots. The English believed that a drop of milk in the teapot would prevent it from breaking and thus the tradition of drinking tea with milk started. Around 1868, an Iranian merchant (later nicknamed Chaikar or ‘tea planter’) brought tea from India to Iran. Tea became very popular in Iran and nowadays every Persian family has at least one samovar.

In most Iranian households, a samovar, a large metal container with three compartments- the top for keeping the teapot warm, the middle for water and the bottom for hot coals (although today most samovars are electric)- sits on a large tray with a bowl called the jaam under the spout to catch drips. The teapot, a jar of tea, and a covered bowl of sugar are set beside the samovar, which is kept steaming all day long. As soon as visitors step over the threshold, a small glass of tea with three lumps of sugar and a tea spoon is offered to them.

In Iran, the color and appearance of tea is important as its aroma and taste; therefore, tea is usually served in small glasses on saucers, or in engareh, silver or gold holders that hold the glass.

However, it is interesting that Iranian tea-houses are still called qahveh khaneh, which literally means ‘coffee house’. This name is left over from the time when coffee was served. Today the main drink served in these coffee houses is tea! The qahveh khaneh are centers of social interaction.

In Iran, tea is never drunk with milk. We take tea with sugar or with half a lime, honey, dates, raisins or dried sweet white mulberries. A spoonful of sour cherry jam dropped into a glass of tea gives it an excellent taste. Tea should always be served hot. 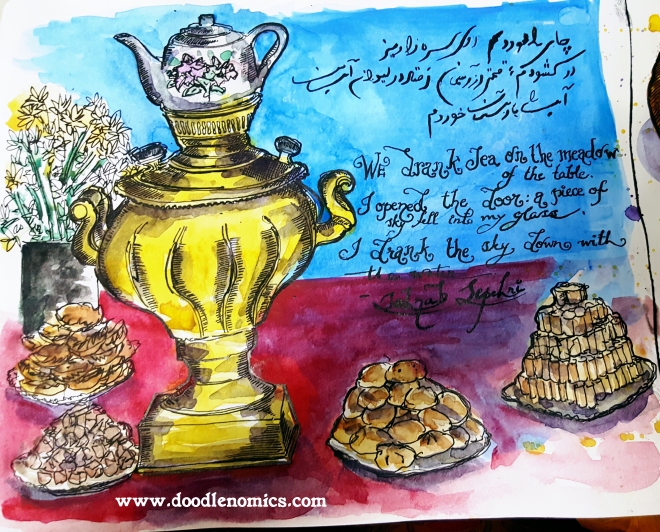